I’ve been MIA for a few weeks now, off creating memories instead of documenting them again. So I’ve taken my macbook to work and thought I’d use my extensive 4hour break wisely (I’m honestly not exaggerating the length of my lunch break, four freaking hours).

Anyhow, since I wrote last I’ve had quite the eventful days off and day on for that matter. My dear friend, Bethany is currently visiting Paris and when we’ve both been free we’ve gone adventuring in the city of love. Whilst we’re both from Australia, we live on opposite sides of the country and we didn’t actually meet at home. We met in Orlando, Florida working for the Mouse at Walt Disney World. We were both Character Attendants and we bonded over our force bid at Thotful Spot with Pooh and Tigger and our overall obsession with all things Disney. 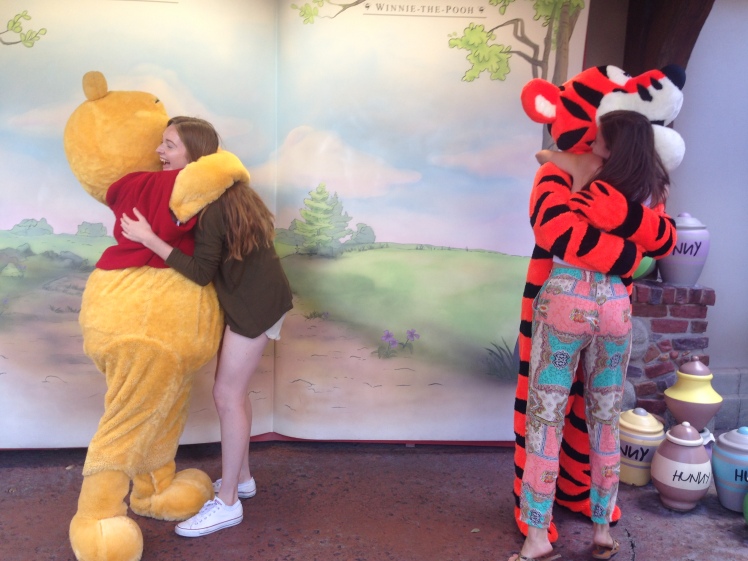 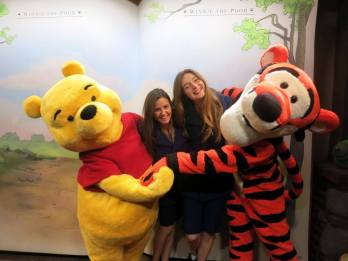 Post our one-year together we moved back to our respective sides of Australia and were morbidly depressed with the lack of magic our lives now contained. 16 months after leaving the United States we both find ourselves living on the other side of the world again, this time in Europe. To hear more about Bethany’s story though you’ll have to check out her blog 😉 .

The first time we saw each other in Paris, was of course in the Happiest Place on Earth. Where the music is cheery, the cast members are smiley and Snow White was so excited she couldn’t formulate a sentence. I’ve only ever been to (and worked at) two Disney Parks, both of which are home to my two favourite Disney castles; Biased?.. perhaps. 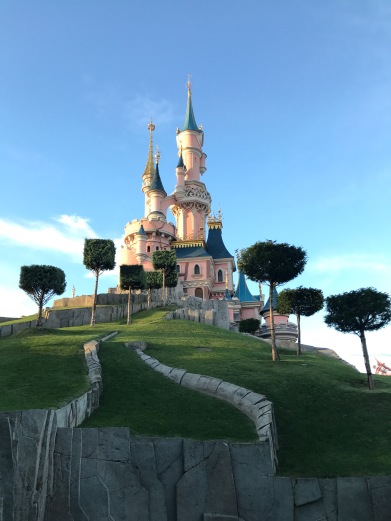 Speaking of, the second time Bethany and I hung out we went to an actual castle. The Chatêau de Chantilly to be exact, where Chantilly cream was supposedly invented. It was the first non-Disney castle I’ve ever visited and I was in complete awe. To mark such a monumental life event we decided to dress a little cute and best believe we stood out like a sore thumb.

Bethany is an amazing photographer so we spent the entire day, nine hours to be precise, twirling inside and around the chatêau. My favourite room without a doubt was the ‘Prince’s room’. I’ve never seen something so eccentric and so elegant (check that alliteration, Miss Francis would be so proud), in my life.

That kind of luxury is so enamouring and I felt A. jealous I wasn’t a Princess during that era and B. so blessed to have the opportunity to even visit a castle ( one that existed before my country had even been put on the world map). The chandeliers throughout the castle were honestly breathtaking and I’ve decided if I can’t have a castle of my own then I should at least get to have a castle-worthy chandelier (…Dear, future husband).

About 30 minutes before the chatêau was SUPPOSED to close, we begun to head back to the castle entrance only to find the ticketing and security office firmly shut and the castle gates locked! Big ass palace gates with spikes atop and adorned in gold, surrounded by a mini moat were LOCKED! We’d legit been locked inside!!

It was originally a little funny, we we’re in the process of documenting our day (for Snapchat of course), when we came to the realization that we literally locked in. The humour of our situation faded over the next 45minutes when we’d come up with no solutions nor had anyone come to our rescue. FINALLY, over an hour later, a family just happened to be on a leisurely stroll nearby and we flagged them down. They didn’t speak English but they soon caught on when a near teary me was shaking the obviously locked gates. A couple of phone calls later, someone electronically unlocked them for us and by 9:30pm we were free. Thankfully the sun sets so late here, otherwise the ghosts of a castle’s past would have had a field day with a terrified Monique.

The below pictures are a collection of other photos from the day taken on my darling Bethany’s camera with her darling photography skills. She seriously blows my mind. 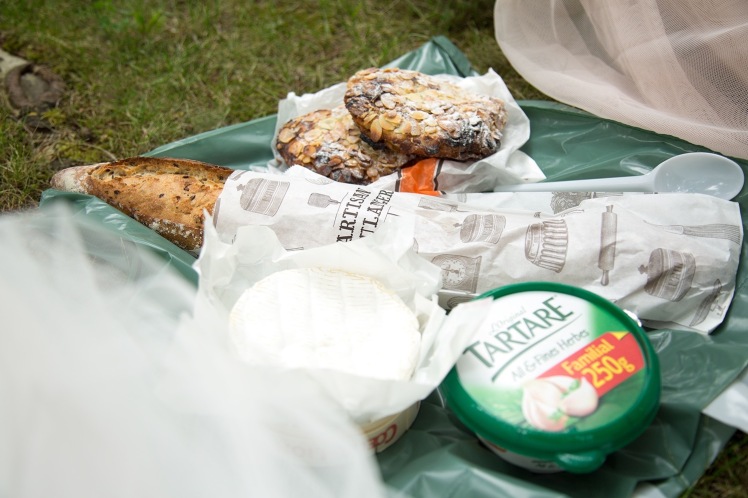 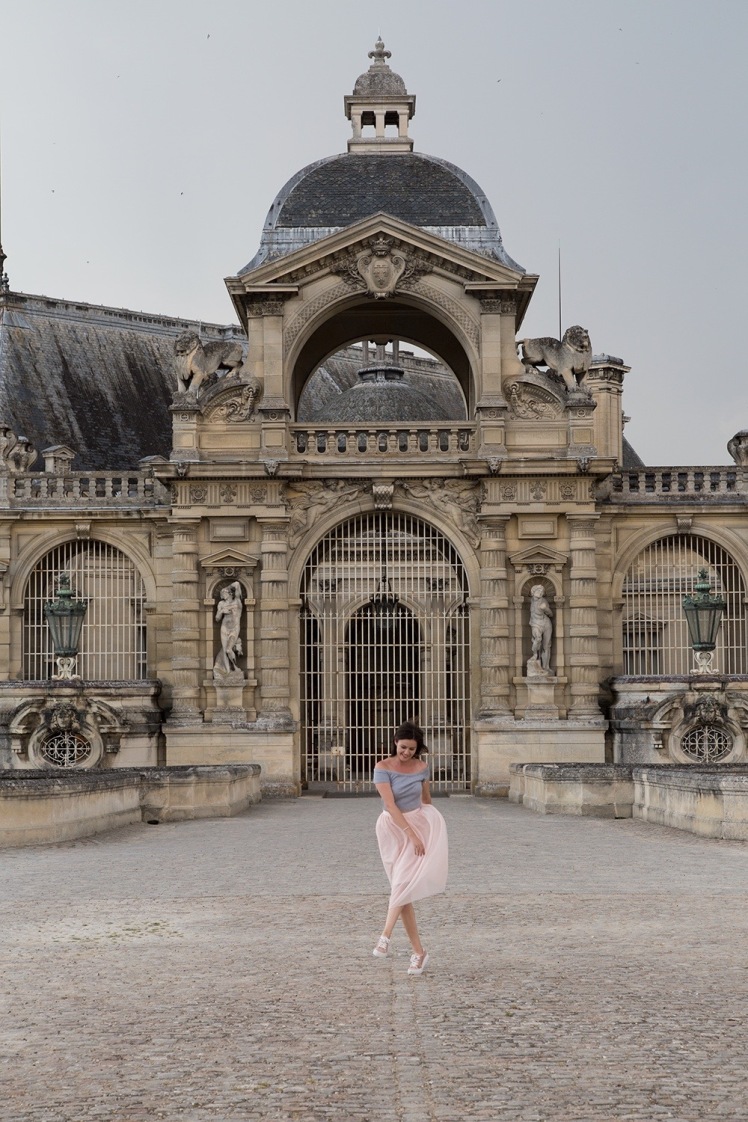 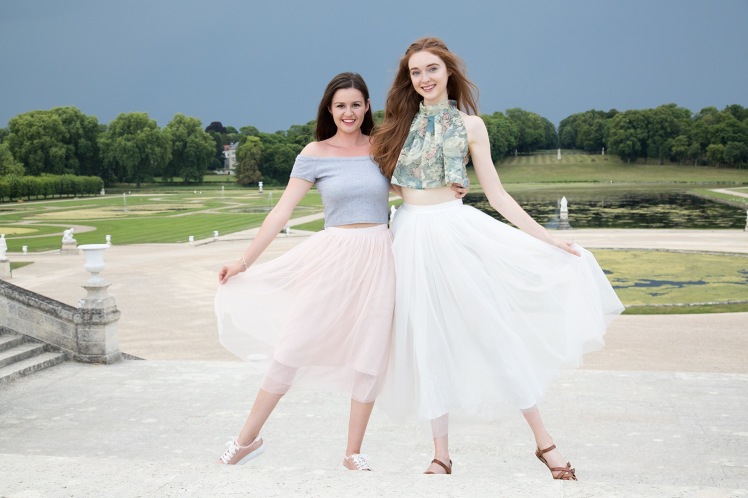 Fashion forward and fierce? Not really. But I can appreciate couture and all it’s beauty like nobody’s business. Bethany and I spent our next day together wandering the Les Arts Décoratifs and educating ourselves on the House of Dior and all it’s fabulousness from day one to now. House of Dior officially begun in 1947 and Les Arts Décoratifs was celebrating its 70th anniversary. The exhibition consisted of original sketches, fabric maps, intimate and never-before seen photos of shoots and fittings and of course, couture clothing from the 1940’s to now. 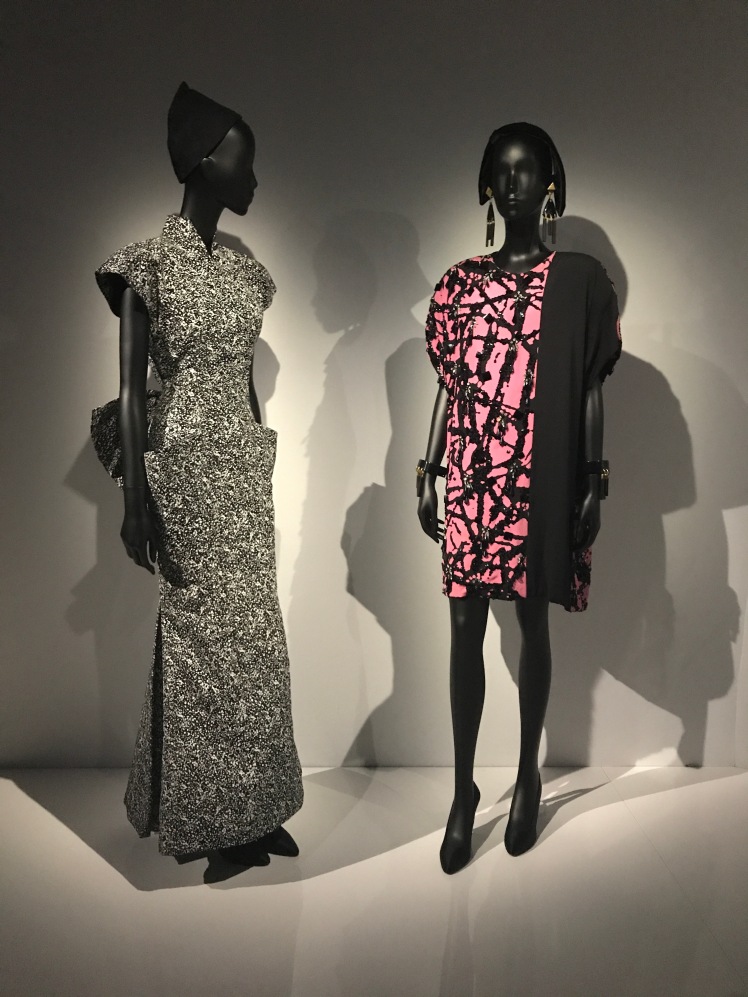 When Christian Dior was 23, he opened an art gallery, convinced that  it was his destiny. Within 6 years however, the business had collapsed as a result of the economic crisis of the time. House of Dior only came about 13 years later after the closure of his gallery. A friendly reminder that I’ve still got time to figure out what I’m ultimately going to do with my life.

Whilst I’m all for the idea of healthy competition, I believe (especially in my current industry) it can also lead to the demise of people. The realization that at one point in time Dior was sharing his skills and knowledge with others is so beautiful to hear. Although, eventually Yves Saint Laurnet moved on, it’d be safe to assume those years shaped YSL’s future and may have lead to what the brand is today. We should lift each other up, not tear each other down.. gals and pals alike.

Christian Dior died in 1957 from unknown causes and his work is still being celebrated some 60 years later. That’s incredible! If you work hard and if you’re a good person then maybe, just maybe, you can leave behind a legacy worth remembering and isn’t that all any of us wants.

So there you have it kids, my last few adventures in a thousandish words (pardon for the novel).

I’ve moved to Paris! A sentence that still feels so surreal to say aloud!

I’ve wanted to begin a blog for quite some time now, but have never truly felt the inspiration to do so. I guess there’s no better inspiration than moving across the world on your own. Even as I write this, I’m not entirely sure what I want this blog to be, just as I’m not completely certain of who I want to become.

I’m from Sydney, Australia and I’ve moved to France for a performing contract at Disneyland, Paris. So i guess ‘Finding Monique’ is a bit of a play on words. Perhaps through the creation of this space, I can articulate all of the nonsense in my head. I can note down all of the people I meet, the experiences I have and all of the lessons and blessings in between.